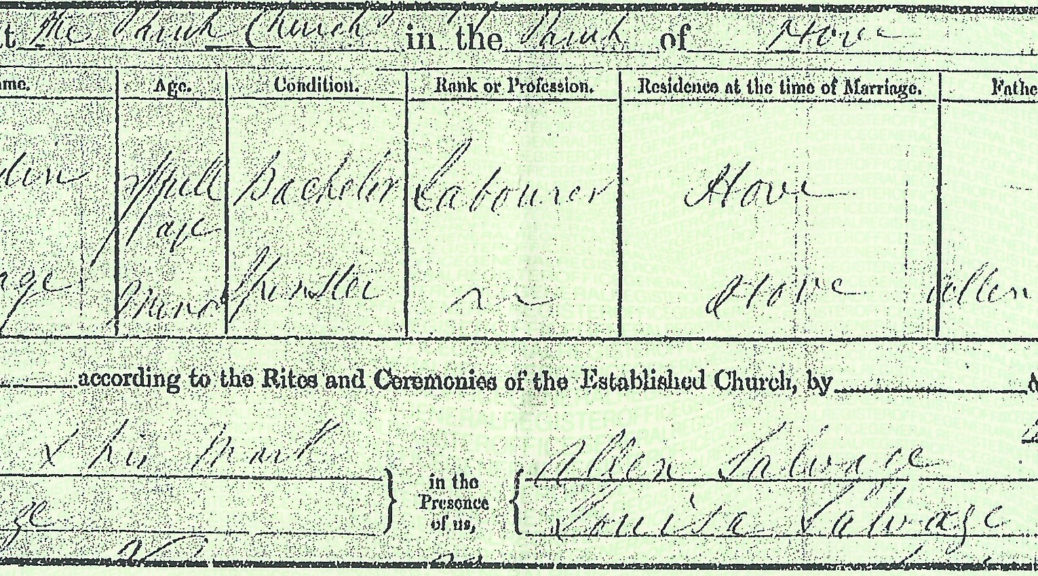 Unfortunately sometimes you might come across a Birth, Christening, Adoption or any other vital record that has the fathers name omitted. Most of the time this will result in a massive brick wall that is nearly impossible to break down, so it’s important to find out why the fathers name was left off in the first place if you are to have any hope of finding out who he was. Some possible reasons are:

The mother might have had a fling with a man she just met which resulted in a child, the man might have been a traveler or just in the local area for a short while and might not have even known he had a child.

The child might have been conceived under much worse conditions, not every girl or family would have chosen to give up or abort the resulting child so would not have wanted the fathers name registered at birth.

In the past it might have been the case that a father did not want to be on the birth certificate, due to circumstances such as being from a much more prominent or wealthy family. These families will have had a lot more power in courts of law and could have spent a lot of money protecting the families reputation.

The opposite could also be true. A female member of a wealthy family might have had a fling or relationship with a lower class man and they might have tried to cover it up with a quick marriage to another man or keeping the child a secret.

Reason 4: The child is illegitimate

A child is labelled as ‘illegitimate’, ‘base born’ a ‘bastard’ or one of many more terms if they were born out of wedlock. This is in my experience the most common reason and is the easiest to break down too. This could be the case if the parents were in a relationship but were not married when the child was born. In the UK the parish records, i.e Birth, Christening, Marriage, Death, Burial records were recorded by the parish Vicar or Rector, in the eyes of the parents the child might have been legitimate but in the eyes of most Vicars only a child born to a married couple would be legitimate and depending on the Vicar the fathers name was almost never recorded.

Reason 5: The Father did not accept the child as his

A father might not have accepted a child as his own for a number of reasons:

Reason 6: The father was deceased

The registrar might have left the fathers name blank as to the child there would be no father in his life so there would be no point in listing his name on the certificate. It could also be the case that the father died soon after conception and the mother found another man and wants to keep it blank in the hopes that he will take on the child as his own.